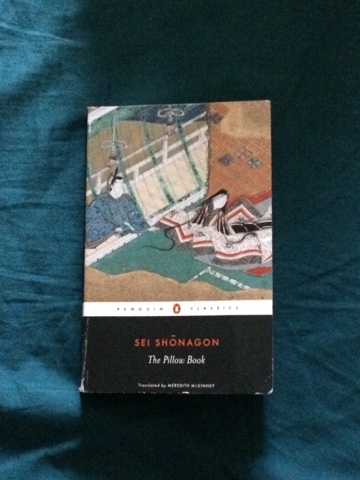 For those who aren't familiar with The Pillow Book, it's a collection of observations, stories, and lists by Sei Shonagon, a court lady in Heian Japan. I knew going into this that the book didn't have a structure to it, so it didn't bother me, but I can see that this might be a frustrating read if you don't take this into account. I was actually surprised how much I enjoyed reading Sei's stories of court happenings and her sometimes acerbic remarks about those around her, the Empress Consort Teishi, and religious festivals.
The tone is mostly light and playful. Even when Empress Teishi fell out of favour with the Emperor and had to leave the court, Sei doesn't mention this. I think it's important to know the historical context, though, and at least for a westerner not familiar with the major poetical works of the day, an annotated version is very helpful. I have the Penguin Classics edition, which was very good about explaining the references and unfamiliar customs. In addition to the annotations, it had a  section in the back with maps, pictures of court clothing, and general info on Heian Japan.
A Finnish writer Mia Kankimäki wrote a book about her life-changing journey to Japan to find Sei and herself. It's called Asioita, jotka saavat sydämen lyömään nopeammin (Things That Make the Heart Beat Faster), after one of Sei's lists. Kankimäki felt a special kinship with Sei, and suggested that The Pillow Book resembles modern blogs, which is a fascinating idea. Reading The Pillow Book does feel intimate, like Sei is really speaking to you from hundreds of years ago. I think that's part of its charm. Kankimäki's book makes a nice companion piece to The Pillow Book (if you can read Finnish, that is).
For me, the experience was a bit different. The Pillow Book reminded me of a diary, but more specifically the kind of notebook or journal most writers carry around to write down ideas and snatches of description in. There are incomplete scenes and unfinished stories, like it's a work in progress. The mysterious lists are apparently meant for use in writing poems, which was a very important part of court life and communication. If you read them as they are, they're enchanting, but this knowledge gives them a special significance for writers. 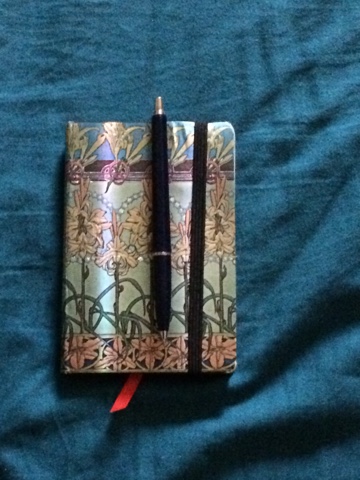 I loved this book and will probably return to it many times. Highly recommended, especially for writers.

I'll leave you with Sei's list, the one I mentioned above:

A sparrow with nestlings. Going past a place where tiny children are playing. Lighting some fine incense and then lying down alone to sleep. Looking into a Chinese mirror that's a little clouded. A fine gentleman pulls up in his carriage and sends in some request.
To wash your hair, apply your makeup and put on clothes that are well scented with incense. Even if you're somewhere where no one special will see you, you still feel a heady sense of pleasure inside.
On a night when you're waiting for someone to come, there's a sudden gust of rain and something rattles in the wind, making your heart suddenly beat faster.