I just got back from a trip to England, so I thought I'd share some of the highlights with you. 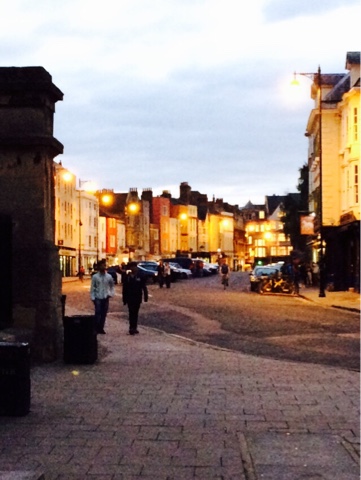 Our first stop was Oxford, one of my favourite places in the entire world. 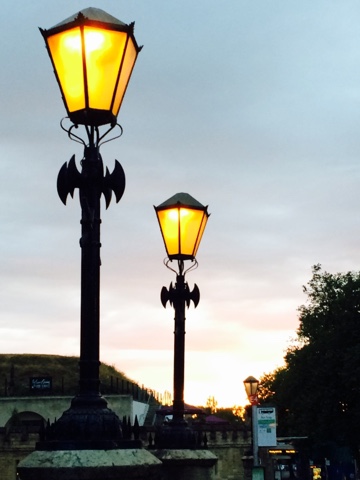 I love these lanterns. They had battle-axes on the pole under the lights. 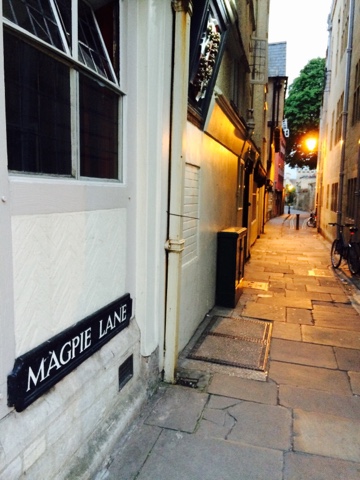 I thought this was a lovely, picturesque alleyway, and snapped a photo. Then my husband looked it up in our travel guide, and turns out this was where all the ladies of the evening plied their trade in the 1300s. Back then it was called Gropecunt Lane.

I sure can pick 'em, right? 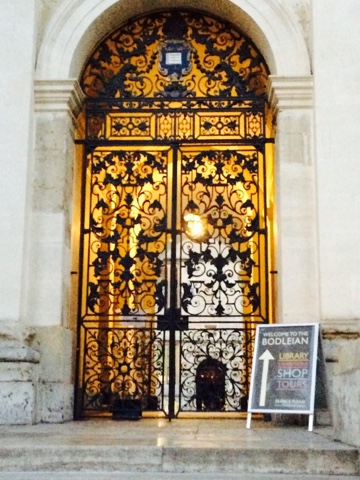 Here's the main reason I fell in love with Oxford: the Bodleian, one of the oldest libraries in Europe. We took the tour again, and it's worth it just to get into the old library. The smell of old books is intoxicating. Yes, I'd like to live there. Maybe pull a Phantom of the Opera, and move into the passages below the libraries:) Okay, okay, maybe I'll just write a story, or something. I'm so jealous of the university students, who actually get to use the library and study in the Radliffe Camera. 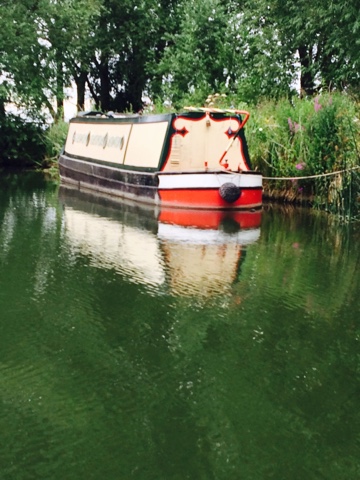 We also took a picnic cruise on the river Thames, which went down a length of the Isis, too. Did you know that the name Thames means 'dark water'? The name 'Isis' has nothing to do with the Egyptian goddess, the Oxonians just didn't want the word 'dark' in the name, so they dropped the 'Tham' part. (Originally it was Tamesis, Celtic for dark one according to the online etymology dictionary.) 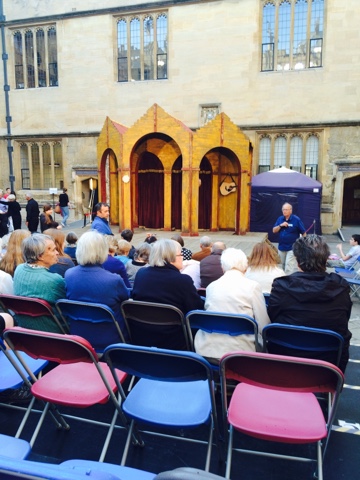 We also saw Shakespeare's "Much Ado About Nothing" performed by the Globe Theatre on tour in the Bodleian Library courtyard. This was kind of funny, because the guide on the tour said that Sir Thomas Bodley, the man who built the library, despised Shakespeare and thought his plays were vulgar and low-brow. (The walls didn't quake or fall down, if you're wondering.)

I found out another fun tidbit about the play. In addition to the pun about 'nothing' and 'noting' (as in gossip), apparently the word "nothing" also referred to a lady's private parts in the 1500s. Oh, Shakespeare, there you go again.

Maybe Sir Bodley had a point?

Anyway, a wonderful performance, especially the actor playing Benedick was great. I saw the production with David Tennant and thought that no one could do a better job, but this guy came close.