Here's part two of my travel journal.  You can read part one here.

I've wanted to visit Tintagel Castle ever since I read Marion Zimmer Bradley's The Mists of Avalon. We has to take a train and two buses to get there, but it was worth it. This was the only sunny day of our trip, which made the day even more special. A word of warning: you need to climb a lot of stairs to get up to the castle, so take that into account if you're going. (Not a good place to go if you suffer from knee pain or arthritis. The only way down is those same stairs.) 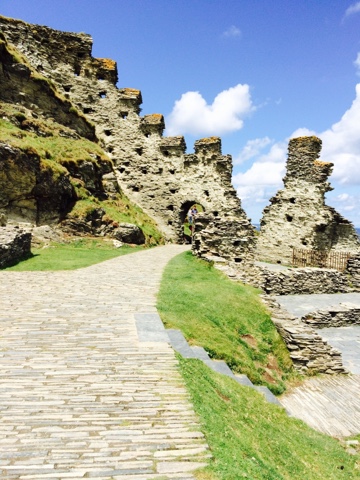 There's not much left of the castle, but if you're like me, your imagination will fill in the rest. 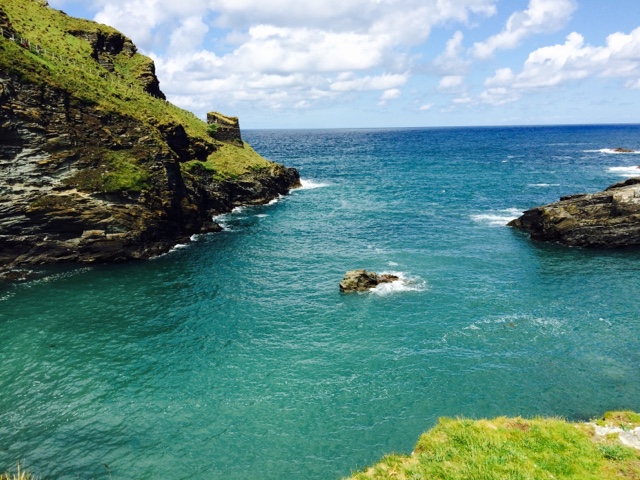 Look at that view! The water was a gorgeous turquoise colour. 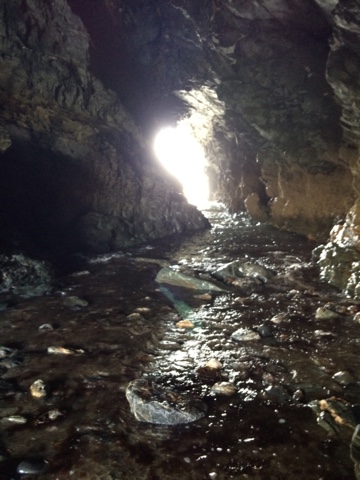 This is Merlin's Cave, called that because of the stories that the sorcerer lived there once upon a time. It's not part of the official Tintagel site, so you can go see it for free if you don't want to climb up to the castle. It's mostly underwater at high tide, but you can walk through it at low tide. I got extra chills from this, because it reminded me of Susan Cooper's Over Sea, Under Stone, the first book in her The Dark is Rising series, a favourite of mine when growing up. 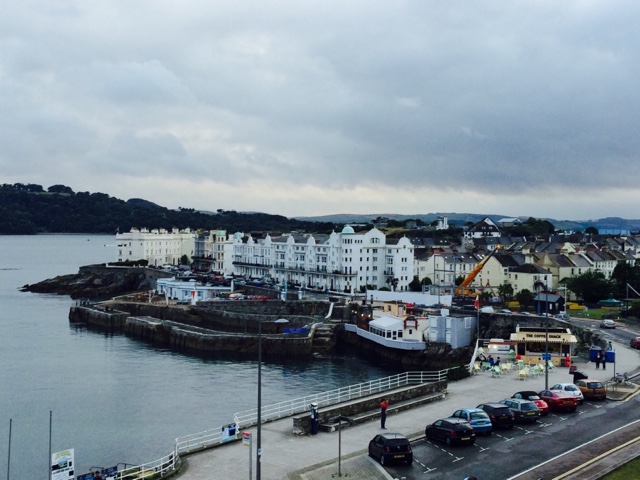 Here's Portsmouth, which we used as a base to explore the surrounding area. I loved the old Victorian buildings here. 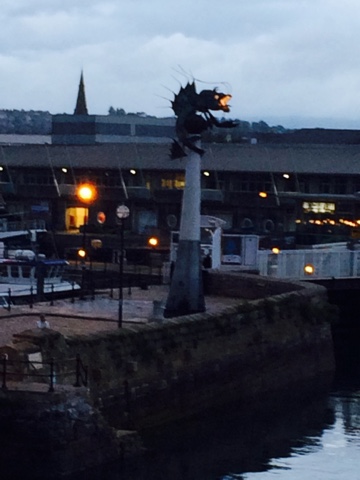 This is the marina, with a super creepy statue of a Deep One, or something. Shadow over Portsmouth, anyone? 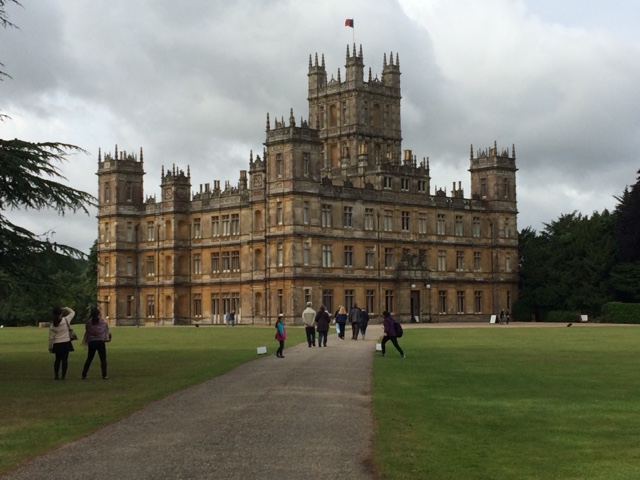 This is Highclere Castle, or Downton Abbey, as it's better known to fans of the series. Arriving at the castle was a surreal experience, like we were stepping into the TV show. They didn't allow photography inside, but it was beautiful, exactly what you'd expect it to be, but the building was very much smaller than it looks on TV.

There was an unexpected Egyptology exhibition in the cellars, because the 5th Earl of Carnarvon discovered the tomb of Tutankhamun with the famous egyptologist Howard Carter in 1922. They had recreated the tomb in there, so it was pretty cool. 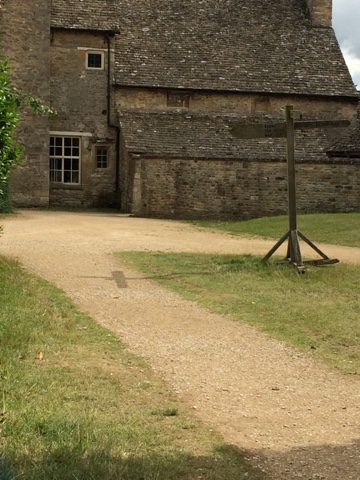 Here's a shot of the farm where Lady Edith goes to visit Marigold. We also visited the village where they filmed the church scenes and the Crawley house scenes, but this post is getting a bit picture-heavy, so I'll end with this one.