This post is less about Archipelacon and more about Mariehamn. It's a beautiful city with lots to see.
Here's a peacock from Lilla Holmen, a small island where you can go see bunnies, parrots, and chickens, in addition to the peacocks. (Did you know peacocks can fly, btw? I didn't, and then three of these did.) 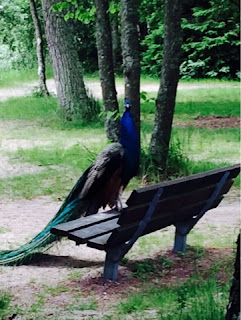 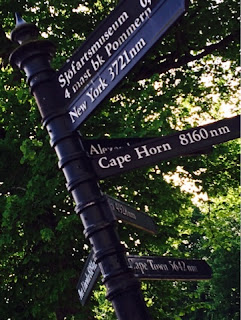 I liked this sign. Mariehamn is a seaport, so that explains why it's in nautical miles. 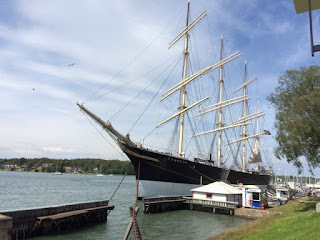 This is the Pommern, a four-masted barque that was built in 1903 in Glasgow. She used to carry grain (among other things) from Australia to England until the second world war. After that she was donated to the town of Mariehamn as a museum ship.  (You can read more here) 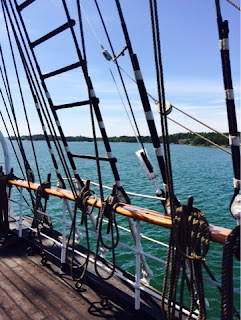 Did you know that when a storm hit the sailors would climb up the rigging every time a wave washed over the deck, and then make their way forward between waves? Pretty scary! 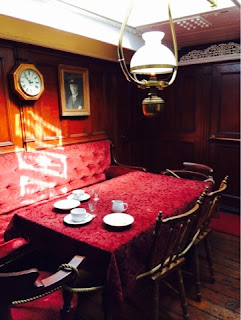 I wouldn't mind having dinner with the captain in here. 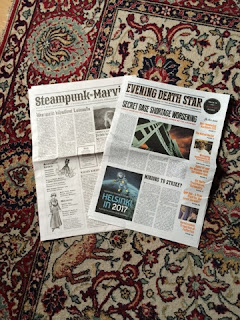 Here's a few newspapers I picked up at the con. They make cool props for photographs. 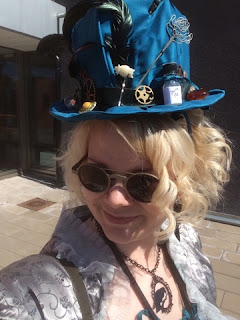 A final cosplay pic:) Here I am, steampunked up.


Posted by curiousthings at 6:00 AM