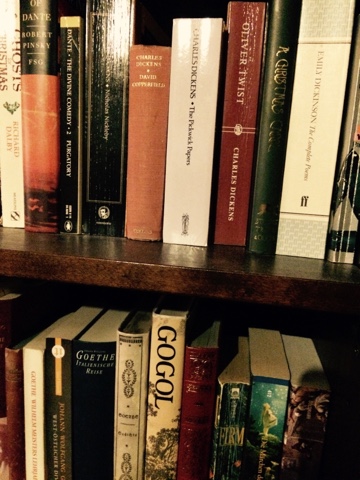 I'm doing K.M. Weiland's course Mastering Character Arcs to Write Stories That Sell over at The Digital Freedom Academy, and I thought I'd share my experiences.

You might have noticed that I'm a big fan of Weiland's writing books and her awesome writing blog. They've helped me a lot. I don't do detailed outlines, but I do map out my stories using the same checkpoints as she uses on her Story Structure Database. (I figure if the bones are there, then I can do whatever I want with the rest.) I've only been writing for three years, so I'm a relative beginner, and even though I've studied character arcs and how they interact with plot, I still have a lot of work to do on building believable characters. I want my characters to feel like real people, that's the most important thing, but I'm still struggling to make plot and character arc really resonate on a thematic level: you know, when everything just lines up perfectly. So that's what I'm hoping to learn, as well as levelling up on my character-building skills in general.

The course cost 299 dollars. In my experience that's about the same as Writers Digest University courses go for, so a bit pricy, but not impossible. The content you get for the price is eight modules broken down into multiple lessons (the first module of seven lessons took me a couple of hours to complete, just to give you an idea) that go through the process of building character arcs step by step. Positive, negative, and flat arcs get their own modules, as well as a FAQ section, theme and character arc, and marketing. There are also writing exercises. Weiland uses videos on her site, and the lessons are in video form here, too, but you can download the PDF file for the lesson and the exercises. There's also a comments section, where you can ask Weiland questions about the lessons and see what other people have asked. There isn't that much interaction with other students, but for those of us with full-time jobs, it's nice that you can go at your own pace. The down side is that you don't have to hand in homework and you don't have deadlines, so it's pretty much up to you to do the work.


Here are some things I learned from the first module:

- for incorporating theme, it can be helpful to think of the plot as a metaphor for your character's struggle (Wow! I'm definitely trying this out!)

In my opinion, the course is worth the money, especially if you're new to writing and not familiar with the subject matter. This will save you hours and hours of banging your metaphorical head against the story wall. You'll probably get there eventually, but this can help you avoid writing stories that are fundamentally flawed and to fix the ones that don't quite work. If you can't afford the course, don't worry: you can check out Weiland's posts on story structure and character arcs on her site for free to get the basics.