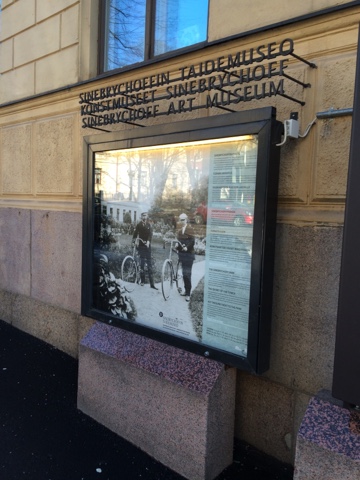 Hubby and I took a train to Helsinki for the Valentine's day weekend. First up: Russian Masters at the Sinebrychoff  Art Museum. It's an exhibition of 19th century Russian art from romanticism to realism, featuring works by Sylvester Shchedrin, Ivan Aivazovsky, Alexey Bogolyubov, and Karl Bryullov. I especially enjoyed the seascapes and the fairy-tale inspired paintings. Taking photos wasn't allowed, but you can see some of the paintings on the museum's website. The exhibition's open until the eighth of May,  if you want to check it out. 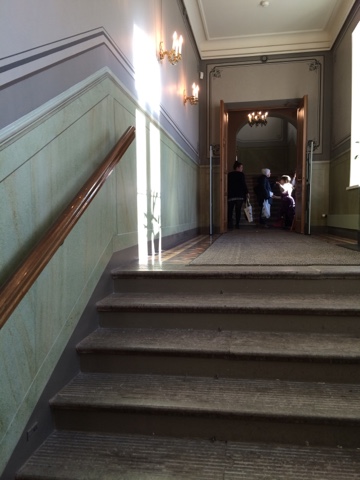 The rest of the museum's worth seeing, too, and you can explore the permanent collection for free. The building was originally the home of the illustrious Sinebrychoff family, who made their fortune in the brewing business. 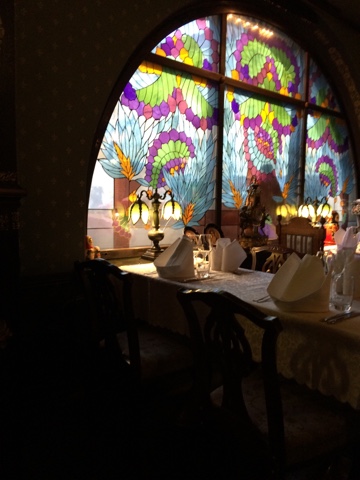 Keeping with the Russian theme, we headed over to Saslik for dinner. 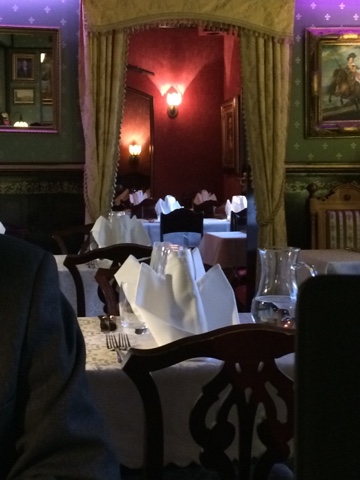 The decor is very 19th century Russian glamour, with pictures of Czars on the walls and an abundance of matryoshka dolls on the windowsills. 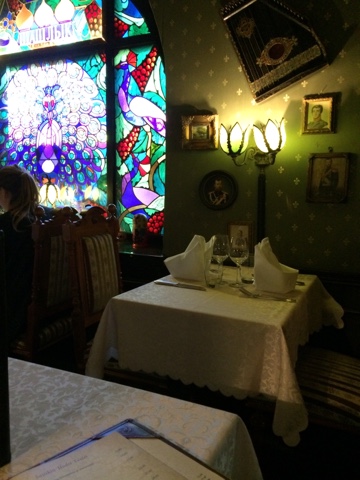 The food was good too, especially the blinis. One of the restaurant's specialities is bear meat, if you're feeling adventurous. 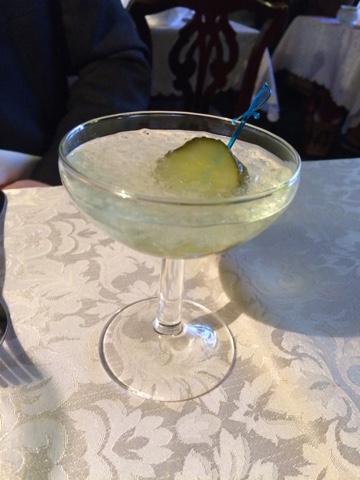 That's their signature cocktail, the Kalinka. It's a lemony drink with vodka, and yes, that's a pickle impaled on a little plastic sword. 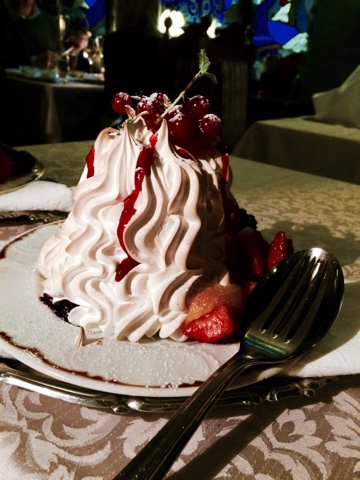 And that's my dessert, a baked Alaska type ice-cream-meringue concoction. It tasted as good
as it looks. 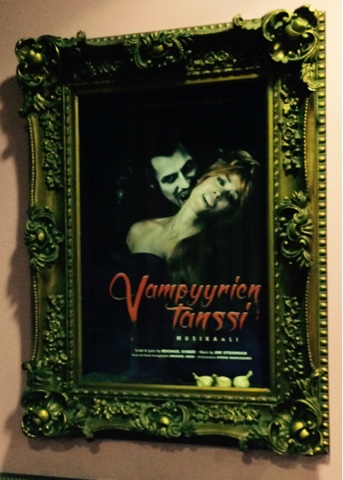 And now for the main event: Vampyyrien tanssi (Dance of the Vampires), a Finnish version of the musical based on Polanski's The Fearless Vampire Killers. 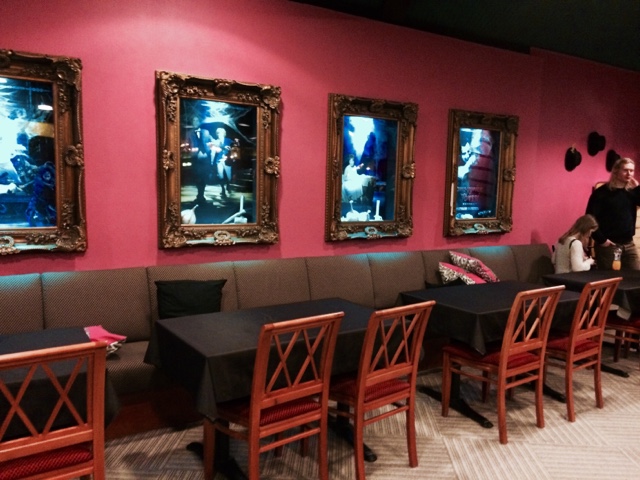 It's playing at the Peacock Theater at Linnanmäki amusement park. I liked the posters, which had bulbs of garlic stuck in the frame. 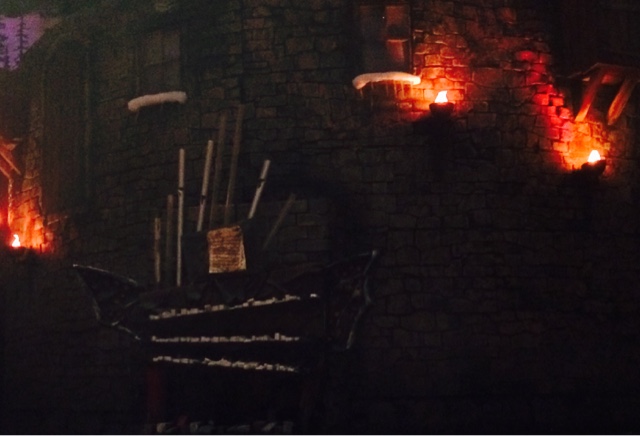 The musical was as amazing as it sounds. With gorgeous sets, beautiful costumes spanning vampire chic from the 1800s to silent movies to modern-day gothic, catchy musical numbers, and hot vampires in glittery leather pants, this is unmissable. And ladies, you need to see Count Von Krolock. Seriously. The man's got that sexy smouldering thing down pat. The role is played by Jonas Saari and Mikko Vihma. Because of the heavy makeup, I'm not sure which was on stage last night (Vihma?), but ... wow. 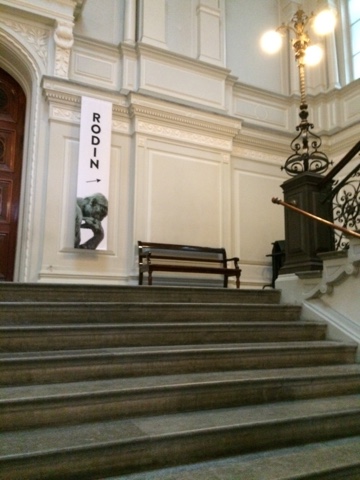 On Sunday we still had time to check out the Rodin exhibit at the Ateneum. I love Rodin's work. The sculptures are so lifelike that it feels like they could step down from their pedestals at any moment. There's a grace and movement to the sculptures, and they don't feel posed. The exhibition's running until May eighth, if you want to go see it. 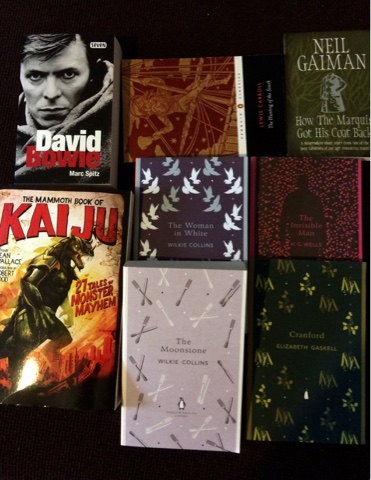 A trip to Helsinki isn't complete without a visit to Akateeminen bookstore. I only had fifteen minutes, but I managed to make a good-sized dent in my wallet anyway. The two Wilkie Collins books, The Moonstone and The Woman in White, I already have on kindle, but the covers were so nice that I bought them anyway. Then we have a David Bowie biography, Lewis Carroll's The Hunting of the Snark, Gaiman's How the Marquise Got His Coat Back, The Mammoth Book of Kaiju (an impulse purchase, but who doesn't like Kaiju?), Wells' The Invisible Man, and Cranford by Elizabeth Gaskell.

A burnt-caramel latte from Starbuck's was a perfect end to an amazing weekend.

I hope you had a fun Valentine's day too. 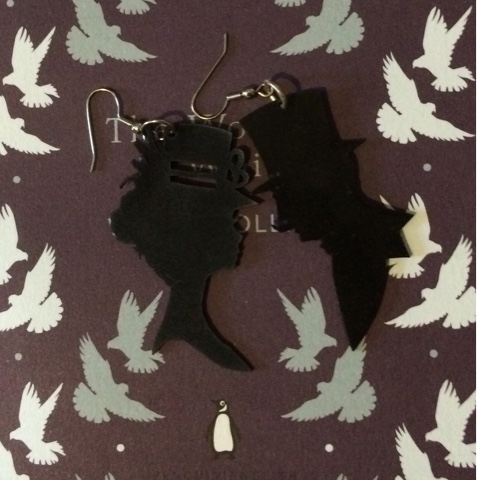 Posted by curiousthings at 4:11 PM