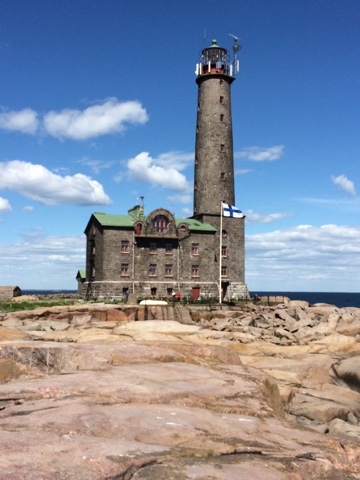 First day of summer vacation, yay! Hubby and I celebrated with a day trip to Bengtskär Lighthouse. We booked this tour from Kasnäs. 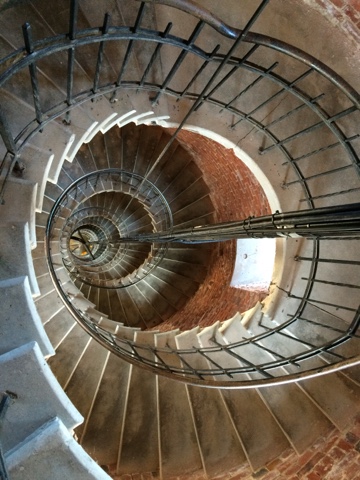 The lighthouse has been open to the public since the nineties, and it's one of the few lighthouses where you get to see the lantern room. 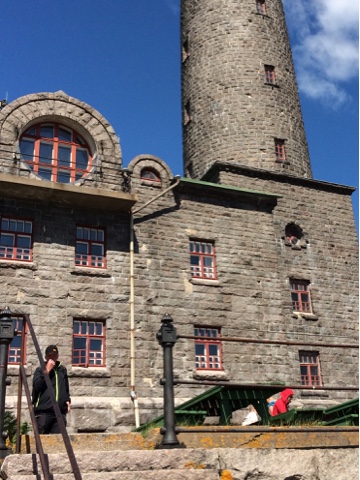 The building is built of local stone. It's beautiful. 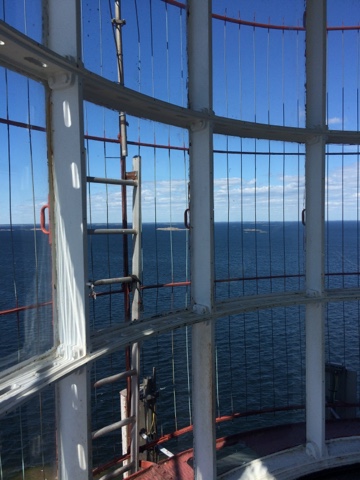 We climbed all the way to the top.
250 steps and two ladders, but the view is totally worth it. 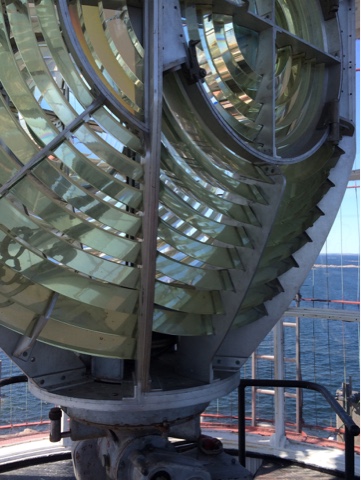 The antique lens is still there, but nowadays they use electric lights instead. 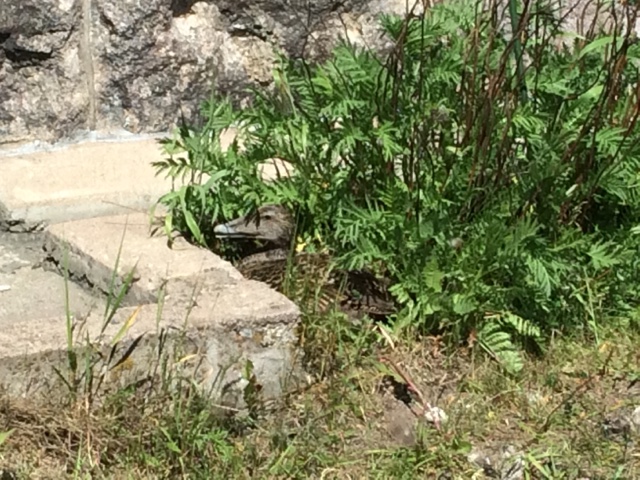 There were lots of these guys about ("sea duck" is the translation I found (haahka)?). They  blend in so well that I nearly stepped on a few even though I was looking out for them. 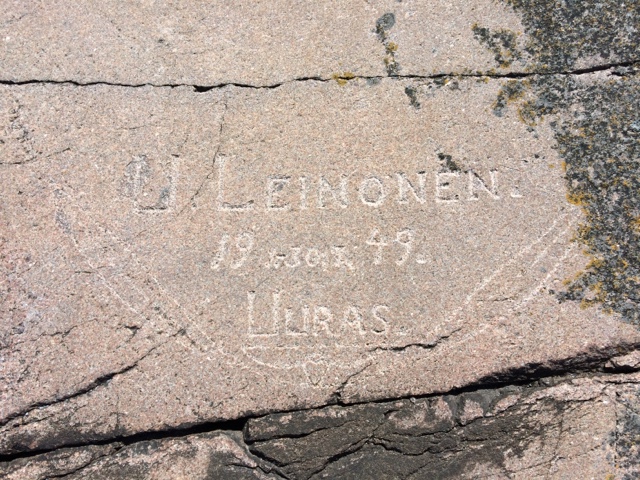 People have carved their names into the stone. I wonder who they were? 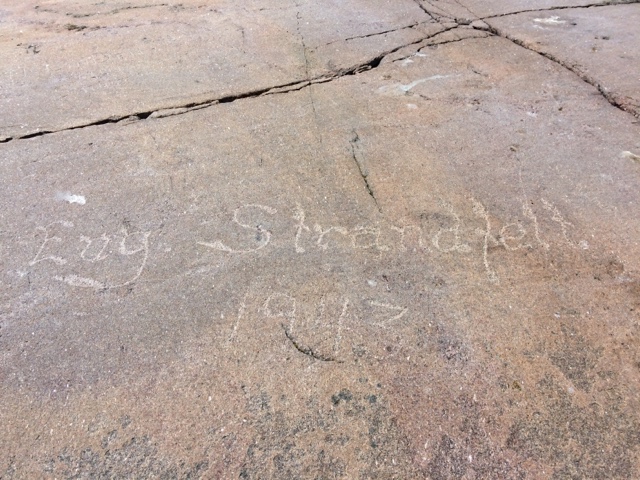 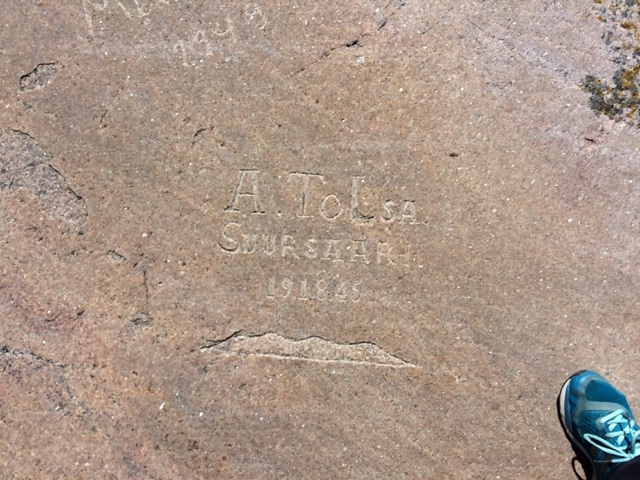 Oh, and there was an abandoned  wartime bunker there, too. And I went in! Pretty creepy, but cool.  It looked like something out of a horror FPS. 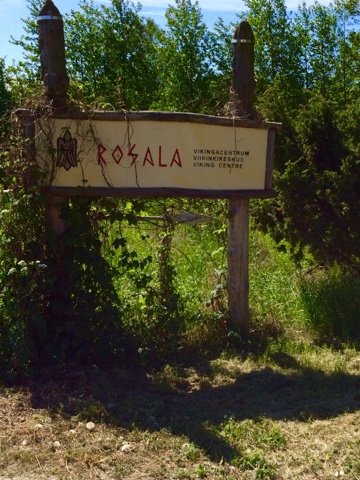 The tour also included a stopover at the Rosala Viking Centre. 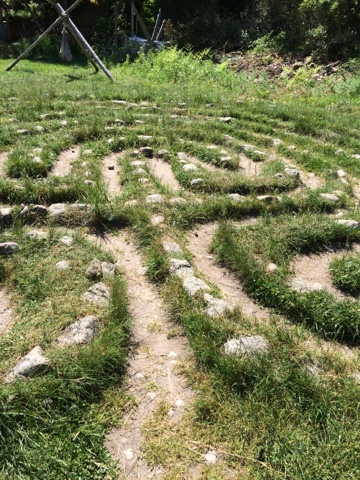 It was actually pretty cool, especially the jatulintarha, an ancient maze. 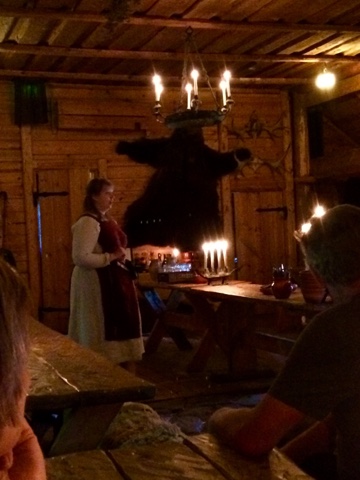 We had lunch in the great hall. It would be an amazing place for a larp! They also do Viking feasts there, and the guests get to dress up. 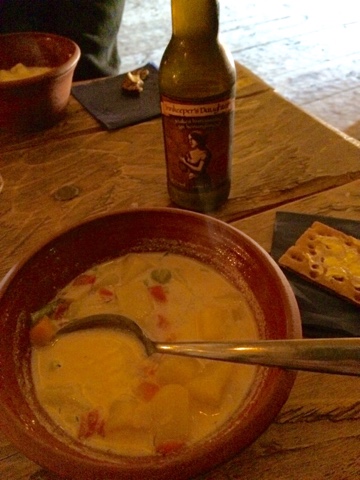 That's my vegetable soup and mead. 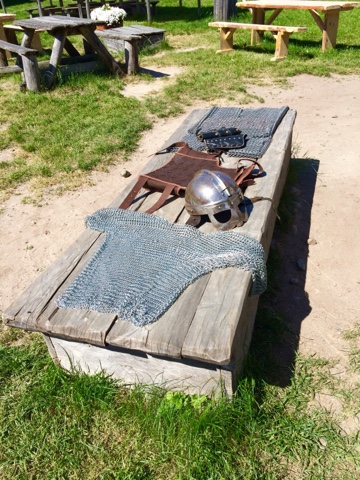 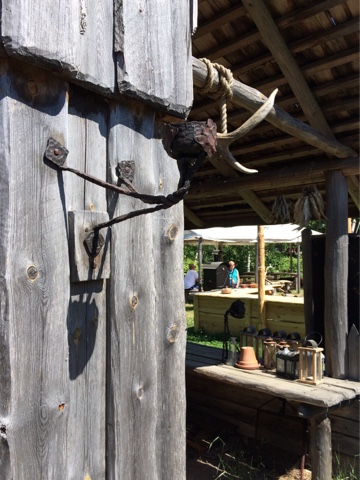 The great thing about Rosala is that it's not a museum: you can actually touch stuff! This place would be really fun for kids. The guide actually said they do trips for school groups and summer camp type stuff, too. 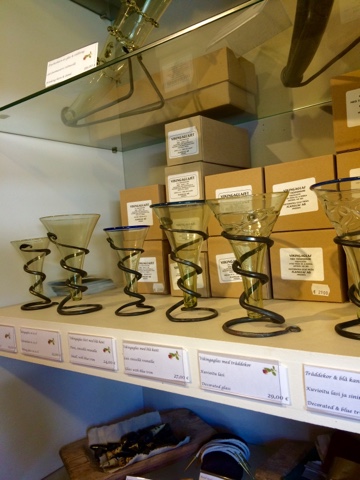 These glasses at the gift shop were gorgeous, but as we were going on to Bengtskär, I didn't want to lug them around. I hope I'll find them at the Turku medieval fair in July. I definitely need a couple of these. 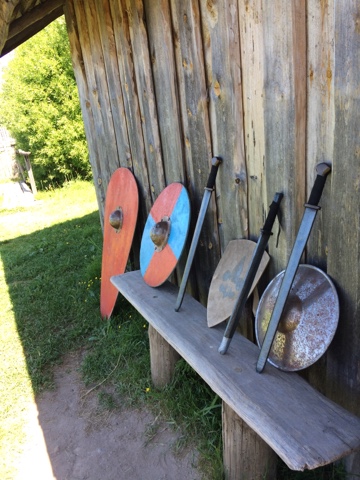 Yes, these are fake weapons. Yes, I played with them. Wouldn't you? 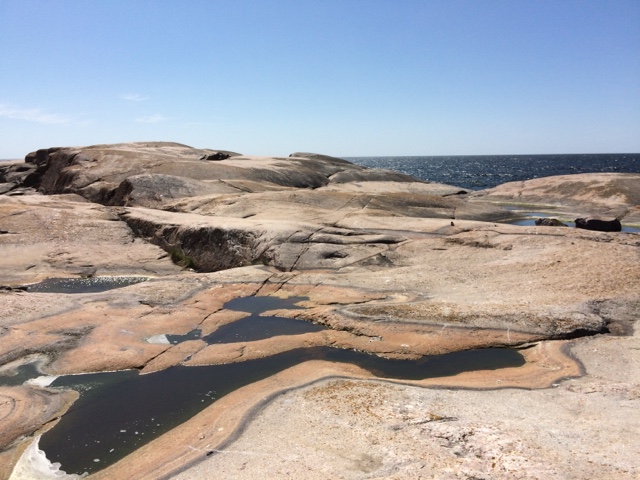 All in all, a great day out. If you're coming up for Worldcon next year and want to see a bit more of Finland while you're here, this is a fun option for a day trip. You can even stay overnight in the lighthouse. They've turned the lighthouse keepers' rooms into a hotel! Rosala also offers accommodation, Viking style.

Both would make great locations for a writers' retreat, too.

Posted by curiousthings at 12:14 AM